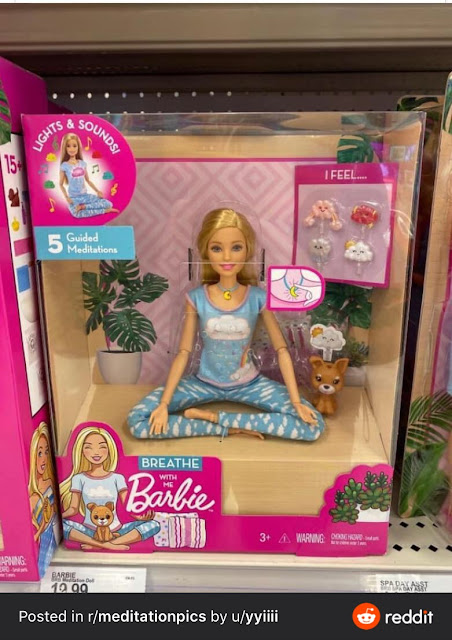 "Buddhist modernism is the idea that Buddhism is either not a religion or is fundamentally different from other religions. I challenge that idea by pointing out that the, that the formative concepts in Buddhism — the whole Buddhist way of looking at the world: that existence is unsatisfactory, that liberation comes from the realization of not-self — those are religious notions.

Buddhist modernism says that science has shown that there is no self. It uses science to try to legitimize Buddhism. I argue that the scientific story about self is actually much more complicated than that. It’s not that “science says that there is no self.” Science says that self is a construction, and, from a scientific point of view, it’s actually a very useful and functional construction. Whereas, from the Buddhist perspective, it’s a problematic illusion.

I also criticize a recent form of Buddhist modernism that is sometimes called neural Buddhism, which is the idea that neuroscience shows the validity of Buddhist meditation by showing how Buddhist meditation changes the brain in beneficial ways and (again) proves that there really isn’t a self — because, if you look inside the brain, there is no self to be found. So, I argue that, first of all, the evidence for the effects of Buddhist meditation on the brain are very tentative. There’s a lot of hype around that. And, it’s not really the right way to think about what meditation is. Meditation is as much a kind of ritual, communal practice as it is something that occurs in an isolated individual, inside their head. Many of the beneficial effects of meditation may come from the community support structure and the sociality of the practice

Then, when Buddhist modernists say that Buddhism isn’t a religion and try to use science to justify Buddhism — that’s an instance of misunderstanding what religion is and what science is and the relationship between religion and science. Religion is about communities, texts, traditions, and practices that give meaning to life and life’s great events, like birth and death. Religion has frameworks for understanding those events. And those frameworks have to do with community and, and shared practices and rituals. And science is about the knowledge that we acquire when we are able to agree publicly and inter-subjectively on modes of investigation, ways of testing things, tools — like mathematics — that we can use to model and check things. Asking whether science and religion are compatible or incompatible is like asking whether religion and art, or science and art are compatible or incompatible. It’s not the right kind of question to ask. Religion isn’t inherently incompatible or compatible with science. It depends on how you practice religion and how you think of science."

He wrote a book about how he's not a Buddhist.

Later he goes on to say, "“You know, this isn’t really about seeing things as they are. This is about learning to sculpt your experience in a certain way. You’re being given certain concepts, like impermanence and moment-to-moment arising and you’re using them to attend to your experience in a certain way, and you’re accentuating things in your experience, and you’re not speaking — because it’s a silent retreat — so you’re internalizing these instructions and concepts in a powerful way. And you know that everybody else is doing this. And this is kind of a collective social construction that we’re all reinforcing for each other. It’s as much about creating a certain mode of experience as it is about revealing anything pre-existently there.”"

He writes, "My criticisms are meant to be friendly ones that grow out of my own involvement with Buddhism and my belief that it really is a very fundamentally important human tradition. But, I want to bring these things out and have people reflect on them."

Later, "...the recognition of the diversity of intellectual, philosophical traditions and the importance of their interaction, without shutting down a conversation by affirming allegiance to one."

Also, "The Buddhist communities that I was interacting with had very much a Buddhist exceptionalist attitude, a sense of having found the true path, a sense of superiority, of sanctimony. While, at the same time, they were filled with interpersonal human relationship dynamics, often involving a lot of sexism and in some cases abuse of women on the part of the teachers. So, as a result of all of those different elements, it became important for me to really think about and clarify both philosophically and personally what my relationship to Buddhism was. And that, in effect, is what led to this book."

Fascinating stuff. I better stop quoting. Go read the article linked at the top. And read other articles by Littlefair, he's quite a journalist.

But I liked this line of thought: "I would object to an idea of authenticity or purity — the idea that I’m a member of a tradition and it’s the authentic and pure one. If it’s “authentic and pure” that means that it’s insulated unto itself and has a special, unchanging inner teaching that isn’t shaped by the world and history and context and culture. I think that’s just false. Everything is always changing and interacting with other things. That’s the world in which we live."
Posted by S. Bell at 9:47 AM No comments: