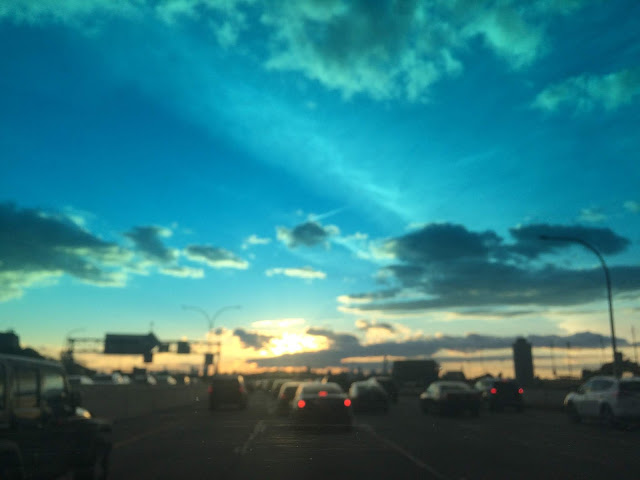 I stopped taking an SSRI a couple of months ago, and the only symptom so far that I can see, is that I cry fairly regularly. Often it is with joy when my daughter blows me away.

Often it is at other people's suffering. Like the young woman who wrote an essay about gun violence, and was killed by a stray bullet. 90 people die every day in America from gun violence. We are not at war. There are no barbarians swarming over the border. Americans just like to kill each other in a symbolic act of affirming their right to bear arms. When will it end? I think one of the biggest effects of Trump stealing the election from Clinton is that Hillary would have worked to change this. Instead we have limp leadership that idealizes all sorts of things I don't think need to be idealized, notably dictators, and whines about being treated unfairly. As the most lying president in history, he complains about being called a liar. Stop being a liar then, you're in control. I love how republicans talk about personal responsibility and then zoom to the larger forces effecting things. I'm convinced America has measures in place to avoid electing a true leader. Obama lost the legislature, Bush was a dry drunk, Clinton was a naughty boy who you liked anyway. But I digress.

The book When Breath Becomes Air had streams down my cheek regularly. Paul Kalanithi was a neurosurgeon who loved literature and when he was diagnosed with cancer, he began writing a memoir that is stunning. It's like a live wire, you have to be careful or it's going to shock you more than you expected.

I've meditated on the rubberized bodies of Chinese prisoners in the Bodies exhibits. I've read about the charnel ground meditations. I even read that when the Buddha suggested to some monks to meditate on death, they committed suicide. This fallibility of the Buddha is heartening. He also went into a monastery where there was conflict, and in an attempt to support, was told to bud out, and he left. The earthly Buddha was fallible and ineffectual, and died the same physical death we will die.

One of the great tests of reactivity is to see your reaction to death. Buddhism to me is about looking at the reality of things, with unblinking eyes. Eyes wide open. Death is a good place to practice this attending to what is.

As a neurosurgeon, Kalanithi confronted questions of identity and death all the time. He thought he would just follow the footprints of those before him, but when he had to face it, he saw no footprints. It turns out you can't really practice or prepare for it as much as you think you could. It is the last great test of life.

I'm at 59% in the book. When I get done with a book, I tend to feel in such a way that it's hard to write a review, but I can comment throughout the book, not having completed it. Perhaps that is best, because I'm less tempted to give away the ending. Even so reading this article about his surviving wife and child has me with streams of tears down my cheek.

The Bright Hour is another amazing death memoir, this one written by a poet. Intoxicated by my Illness is another one. Of course Didion has her memoir of mourning the death of her husband. Then Denial of Death is for those who like modern psychotherapy and Otto Rank. I don't have a complete list, but there's the Amazon search on the sociology of death.

(By the way, I have earned $10 over 14 years of blogging so don't think I'm just linking things up to get rich because I've earned less than a cent per hour, and I ended up just buying more books with the $10 I earned. I write to create meaning in my life, to fight existential despair.)

Email ThisBlogThis!Share to TwitterShare to FacebookShare to Pinterest
Labels: When Breath Becomes Air