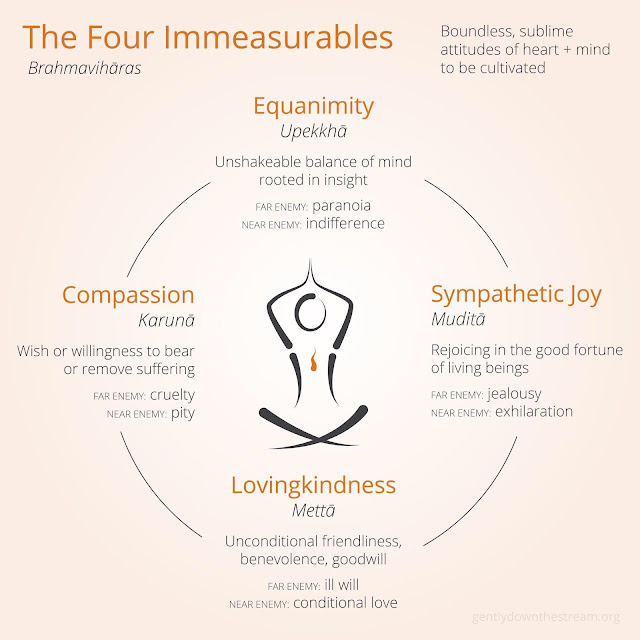 The Smithsonian has a great article on the Diamond Sutra.

Two teachers are facing the consequences of their actions.
Posted by S. Bell at 9:56 AM No comments:

The history of internment is not a glorious moment in American history. Zen at Work points out that Buddhists were not immune to nationalism, to pro-war statements. I'm not saying that to justify any cruelty, I'm just saying it wasn't a sure shot to say "Buddhists" are not warlike ever. There is other evidence that "Buddhists" can be violent.

A nation doesn't have one religion. A nation therefore can't practice a religion because it is not unified. Sure, there are "Buddhist" countries. If you consider genocide by a Buddhist country, then that disproves a country practices a religion. I don't believe a true Buddhist can commit much violence, but even a vegan diet includes the death of insects due to machinery. How to you consider others and minimize violence is the question.

I hope American can maintain some religious freedom, and not just for majority sects of Christianity. Tricycle has an interview with Williams, who has a book about practice in the internment camps for Japanese Americans, which is called American Sutra: A Story of Faith and Freedom in the Second World War. It looks like an interesting story and history. I am curious about Buddhist's experiences and practices, Japanese-American experiences.

Internment is similar to the wall. We can accept any problems but if one Japanese-American causes trouble, that is too much. Angel Mothers, not the original group, but the radical right wing group who co-opted the term, that takes exception to their children dying at the hands of a non-citizen. As if being murdered by a citizen would somehow be acceptable, as if a dead child isn't horrible enough. Indeed 1200 children have died since Parkland, for our love of guns and America's misinterpretation of the constitution. Democrats should definitely abuse presidential powers and declare an emergency for more gun control when they inevitably regain the white house.

The same wackado principle was in place at Riker's Island when I worked there. COs could bring in drugs to sell and use, rape prisoners, and commit all manner of crimes, and whatnot, but if you weren't a CO, they made sure you were not carrying in any contraband and I had to go around and around the checkpoint to get scanned.

It's the us/them thinking. So much othering. Call me unpatriotic if you want, but I want to live in an inclusive America that works to solve real problems, not just keep "others" from creating problems.

I feel a connection to Japan because my mother was born in Japan in 1947 (to Americans during the Occupation).

I note that Iniesta, a legendary central midfielder who played for Barcelona FC for 16 years, is enjoying his time playing for Kobe in Japan. There they don't see losing as quiet as tragic, and perhaps have a more zen attitude. Sounds so sane.

I hope we can distinguish those who are mistakenly violent in the name of spirituality, and those who truly work towards truly practicing ideals. This discernment will help to avoid idiot compassion.

The hope going forward is that being Buddhist won't disqualify one from being American. I can imagine things turning a way that will make it "un-American". Don't forget that Buddhism was hounded out of its birthplace in India, through competition, conversion and absorption. The burning of Nalanda is a low point. America's love of religious freedom isn't that firm that you can say it can't happen here. 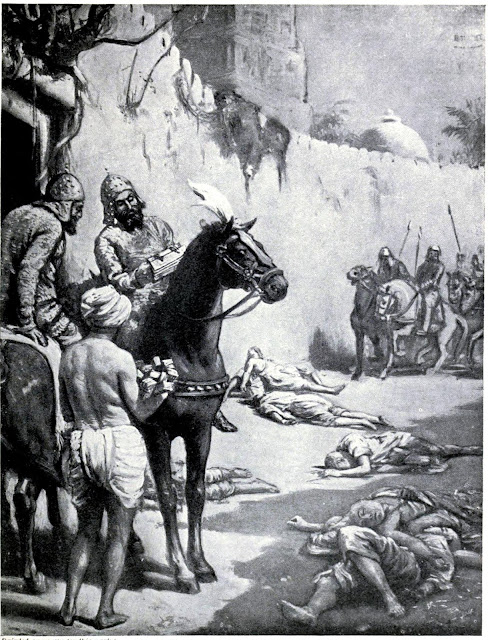 The raise in American Buddhism is interesting to me. "Though the religion born in India has been in the US since the 19th century, the number of adherents rose by 170 percent between 1990 and 2000, according to the American Religious Identity Survey. An ARIS estimate puts the total in 2004 at 1.5 million, while others have estimated twice that. "The 1.5 million is a low reasonable number," says Richard Seager, author of "Buddhism in America." This is from the Christian Science Monitor in 2006. "

"People are looking for experiential practices, not just a new belief system or a new set of ethical rules which we already have, and are much the same in all religions," Surya Das says. "It's the transformative practices like meditation which people are really attracted to."

The Pew Center write, "The number of Buddhists around the world is expected to increase between 2010 and 2030, rising from 488 million to about 511 million. However, the global Buddhist population is projected to decline after 2030, falling to 486 million by 2050, roughly where it was in 2010."

It is considered dramatic for Buddhists to become around 1% of America. Twelve percent consider Buddhism as an important influence, 25-30 million people.

Buddhist have been persecuted in the history of Earth. And have done persecuting.

My job is to work to decrease the harm I do to others, to think about others and understand the context that I am in, with empathy, and see the larger picture than just my own selfish comforts, pleasures and avoidance of pain. To work towards embodying and exemplifying the ideals I find attractive and aspire to.

And as usual the Venerable Bhikkhu Bodhi has some answers for fostering peace: "While the endeavor to achieve peace may often be frustrating, we should remember that nothing truly worthy can be achieved without effort. Peace and justice may be slow to arrive, but we will never obtain them without a struggle."
Posted by S. Bell at 12:25 PM No comments:

The clogging burden of a guilty soul 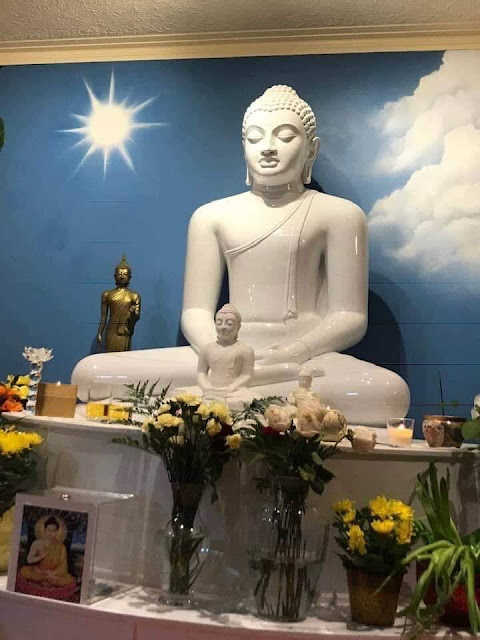 "The clogging burden of a guilty soul." Bolingbroke in Richard II, act one, scene 3. He's condemning Mowbrey. In the spiritual life the most control you have is over your life. It's best to worry about yourself, though of course we always talk about others to figure ourselves out and how to relate to others.

I never really believed it when the fellow in Crimes and Mistermeaners skips away, as though he is untouched by his crimes.

You can justify your actions when you do something that is not so good, but in the end when you hurt people, there's a kind of mark (if you ever hope to be empathetic).

I always think about the gladdening. The gladdening happens when you're ethically clear and don't have negative stuff to "clog" and "burden".

In the Anapanasati sutta, mindfulness of respiration, after you've tuned into the breath and tuned into the body, you listen for the positive effects of the meditation. I think like metta, you can't force these things. Most in metta I look at things that might block the flow. Same thing with the gladdening. What is blocking the flow of gladdening.

I probably take refuge in confort, pleasure and convenience most, but I try to take refuge in the Buddha, Dharma and Sangha. I've also been practicing some bardolatry.

Later in scene 2, act 2, Bushy says to the Queen, "lay aside life-harming heaviness."

Meditation can go wrong if you don't have the proper supports for the insight, "I had come to believe, simultaneously and sequentially, that I was: dead, alive, omniscient, immortal, non-existent, gay, straight, telepathic, a flower, a pulse of pure energy and a nuclear bomb."
Posted by S. Bell at 3:23 PM No comments:

"Do we go on killing billions of innocent insects or do we somehow stop silk production, which actually accounts for less than 0.2% of the total textile production in the world.

But what about the fact that silk production is a very important tool for economic development, especially in the rural areas of developing countries? Labor-intensive, high income-producing silk production (sericulture) can be found today in over 40 countries. The majority of households involved in this economy come from Asia with China employing over 1 million people. India is second in production, employing over 700,000 households, but India is the largest importer and consumer of silk.

It may be the answer can only be a personal one to avoid silk and pass the information on to others who may not know how silk is produced.

We could instead choose to promote man-made fibers such as nylon, olefin, polyester and rayon instead of silk. But even that decision can constitute an ethical dilemma. These fibers are made from chemicals and petroleum derivatives and we are becoming more and more aware of the effects of these products on global climate change and environmental pollution."

They discovered a bunch of statues in Gandhara. It was along the Silk Road:

Here is an article about the subject.
Posted by S. Bell at 10:34 AM No comments: 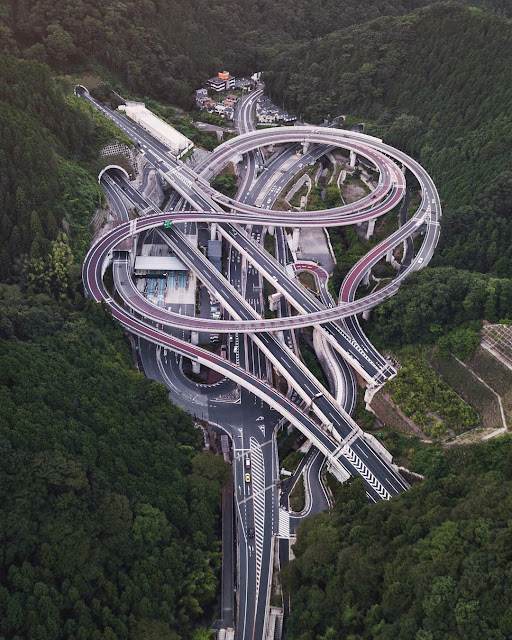 Are "Westerners" allowed to decorate with a Buddha? Why would anyone worry about what someone has in their living room? There's all kinds of thinking that, with my personality, am against, but I don't imagine that impressing my personality on others is a worthwhile project.

There are billboards in Buddhist countries that are against whatever that is. What a thing to be against.

Link 1 is a photo

Link 2 is an article with photos. A monk opines:

That said, he understands why some people get up in arms about the use of the image.

“For beginners, they feel the image is the Buddha, but for advanced people or those with understanding, they dont mind, they don’t care.

“Buddha is not on a statue or anything else outside, it’s in my mind. Anything that happens outside my head, does not affect what happens inside.”

Now that's the kind of thinking that strikes me as clear and spiritual.

To me this is a kind of move towards fundamentalism, and someone commented that it was a political ad.

What if a bunch of fundamentalist Buddhist invaded America? That would be bizarre wouldn't it.
Posted by S. Bell at 1:59 PM No comments: