I saw an upsetting image of a marathon runner who'd had his legs blown off in the bombing yesterday. It's haunting me. (Here is the Wikipedia article.)

I've run 3 marathons, and I have about the ages of the child who died in Boston because of the bombing at the finish line of the marathon. Maybe that's why I was so deeply affected.

Meanwhile lots of people are dying in countries where there are more active wars. So multiply that horror times a hundred, a thousand, and that's what's going on in the world every day. That thought doesn't so much make me feel better, but it does give me a sense of reality.

I can categorize deaths, and some are more "natural" from old age and body failings. Man made deaths are harder to take, though I suppose it's "natural" for humans to be violent.

All life if precious to me, we don't need to kill anyone for anything, and we need to work to support and enrich life.

Somehow I was able to skate past the shooting in Connecticut several months ago without it getting to me too much. It seemed remote, I saw no images. I read and heard people talk about it affecting them, but somehow I wasn't too drawn into it.

Seeing the image triggered off the memory of other images. There's that "love story" of a wounded soldier who comes back missing most of his limbs and rehabbing and sitting in the sunset with his wife.

There's not much to understanding the angry rage that stikes out like that. It's like an impotent kid who knocks down the blocks someone is trying to set up. Surely we won't hear any message from the people who did this beyond the method of their communication, inarticulate anger.

I spent the morning volunteering at a food pantry, processing and organizing food to be given away. I've volunteered 8 times, at various things over the past several months. I want to put positive energy into the world.

There is a real issue of maintaining equanimity at such times, for me. I was perhaps too remote with the elementary school shootings, and I'm too engulfed with the Marathon bombings. I read about focusing the other day, and one technique was to put all your problems in a room, and push them aside so you can have some room to think, and stack them up in order of intensity, order them. I'm got lots of fish to fry in my life, so to speak, and the disturbing images and the horrors and violence going on in the world is something I have limited control of. I only want to be a little in touch with it so that I'm not burying my head in the sand, but not so much so that I'm engulfed. I like the image of a circle touching a line. Put the line through the circle and you're engulfed. Put the circle away from the line and you're too remote, not connected.

I like positive beautiful images to help me maintain my equilibrium. There is no one strategy and everyone is different. 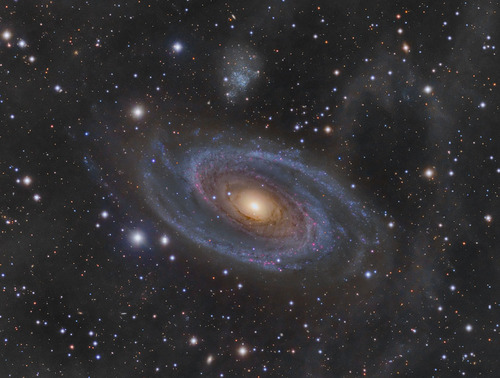 The astronomy picture of the day is one awesome resource.

Email ThisBlogThis!Share to TwitterShare to FacebookShare to Pinterest
Labels: equanimity