Social Justice in the USA 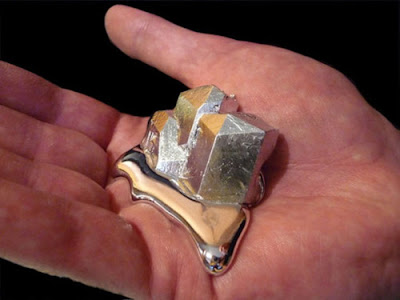 I have been reading the writings of Henry A. Giroux. I am disgusted with American politics. I experience horrified anxiety, the far enemy compassion.

Just to take one quote:

"The neoliberal policies funded by the new financial elite cut funding for programs such as Head Start, eliminate breakfast programs for poor children and portray people on food stamps as freeloaders. The latter baseless insult is particularly vicious since the Supplemental Nutrition Assistance Program (SNAP) is crucial for low-income children living in extreme poverty because it "greatly reduce[s] food insecurity . . . which, in turn, greatly enhances their chances of doing well in school and growing up to be successful, productive adults."

(Giroux cites a Krugman article for the quote.)

Johnson's war on poverty has turned into a war on the poor. In this climate nobody is surprised by the idea of a coming civil war. When you hear things like the military has bought up a bunch of ammunition. I have friends who think civil war is inevitable. They are arming themselves against the upcoming civil war.

Giroux writes, "As public visions fall into disrepair, the concept of the public good is eradicated in favor of the narrow, private orbits of self-interest and individual happiness, characterized by an endless search for instant gratification, consumer goods and quick profits."

Non-violence is a key commitment in Buddhism. Violence tells one they have left the path. People are ill when they move towards samsara. We've lost a sense of interconnectivity, which is a force that counters isolation. We've lost a sense of spirituality that asks us to reach for more than instant gratification.

There is a temptation to turn away from what is happening; The social injustice, the politics of hate and hurtfulness, the pushing of people into precariousness, blaming the victim, the cultivation of fear and isolation.

Giroux suggests the appropriate response is more strenuous activism and advocacy. I think Occupy Wall Street is the the tip of potential for what we can do. I think there is an Arab Spring coming, and I hope it's non-violent. Social justice actions counter the dispair, isolation and lack of compassion.

I wish what Chesar Chavez said was true:

But I fear we lose focus. I've lost focus with meditation and vegetarianism. I forget what I have read in The Sexual Politics of Meat: A Feminist-vegetarian Critical Theory, 20th Anniversary Edition.

I'm listening to The Omnivore's Dilemma: A Natural History of Four Meals.

and I am aghast at what has happened to America. 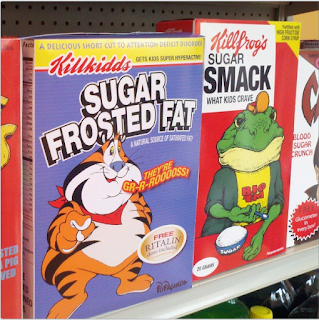 Even if we've lost the activism of the Vietnam era, we still have the power of the consumer. An educated consumer that rejects "food science" that processes the nutrition out of whole foods, is one small positive step.

Buying food at your local famer's market helps us to wipe the carbon stench off our "organic" vegetables from the factory farms in California, and support local farmers.

I was sickened to read the other day that our ginormous corn surplus has found it's way into our honey.  (Honey isn't vegan anyway, it's taking the not given.) I read that farm grown Tilapia is as bad as bacon. To think that fish is free range from the ocean is just wrong. Even if it is from the ocean they take their huge dragnets and kill everything in the water and air.

The irony of KFC offering to donate money when you buy a giant soda... If you can't see the irony in that, you've lost any sense of propriety. That's like handing someone a crack pipe and giving them a coupon to a rehab. It doesn't make any sense. So many health problems addressed in the medical-industrial complex are our own creation. We are happy to spend billions of dollars trying to fix things after the fact instead of an ounce of prevention. And people worry about their freedom to buy a big gulp when Bloomberg tries to do one small gesture, by limiting the size of sodas. Soda is the perfect obesity machine--you don't feel the fullness of the calories you ingest. That is your freedom cause?! We've lost a sense of the larger social justice vision.

We've lost our middle class. I could go on and on. As this post demonstrates, I'm going to share more ideas of social justice here. Even if I'm not a perfect person, I can articulate social justice ideas.

So we fight the despair, become wise consumers, educate ourselves instead escapism, fight the horrified anxiety, voice our viewpoints in as many ways as politically possible, and work to evolve ourselves into the higher evolution.

Here's a video that challenges our current state of affairs:


The why and how of effective altruism