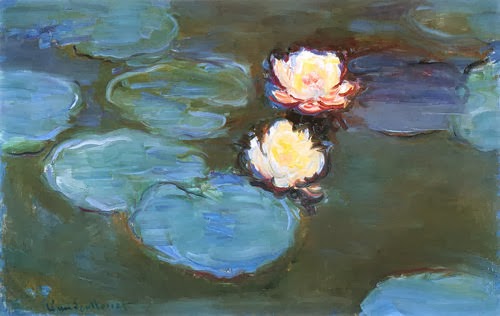 Tony Schwartz wrote an article in the New York Times entitled "More Mindfulness, Less Meditation". His conclusion that with the law of diminishing returns, and because meditation is so hard, maybe you don't have to do it so much:

"I’ve also found that it’s more practical to truly focus and relax for a minute or two several times a day than to meditate for a long period and constantly battle with distraction along the way."

He's meditating to get the most out of meditation, and as the years have gone by, he's not getting as much from it, so he's adjusted his practice.

I think what Mr. Schwarts is really saying in a secular meditation has it's limits and that for all the people who pick it up and wants specific results, it's not that easy. The practice divorced from it's religious roots, traditions and community, is perhaps of limited value.

"What I haven’t seen is much evidence that meditating leads people to behave better, improves their relationships or makes them happier."

Meditating is unpredictable. You sit and tune into yourself. People find all kinds of different things when they tune into themselves. Maybe just underneath the surface they are deeply unhappy and they have been hiding that from themselves. I would argue that it's better to confront that fact, and dig deeper into it, and gain insight from that. But there's no guarantee you're going to gain insight, it's quite possible you get swamped and don't have the resources to dig yourself out. You risk getting to a place of resourcelessness. That is why it's so important to meditate in the context of a community. The community often has advice, suggestions and sometimes it might be to take the foot off the petal, and not try as hard. There's a kind of go for it mentality, and there are communities that really focus on that.

To move towards enlightenment in the context of a Buddhist spiritual community is another things. Getting past the dark night of the soul means you push past when it doesn't seem to be giving back. There is a context of ethics, meditation and insight. The Buddhist practice isn't just about meditation. The Pure Land tradition de-emphasizes meditation.

Maybe Schwartz is connected to a spiritual community and maybe he has spiritual friendships and at certain stages others things are emphasized. In a way he's giving himself permission to explore other routes of developing mindfulness beyond meditation.

The other thing I have feelings about is my fantasy that in a deep spiritual community there will be people around to advice when practice is stale or stuck. I've overheard comments to the effect that that is a real issue in the spiritual life, and negotiating that is pretty important.

I resist taking the foot off the petal, slowing down, and yet that is exactly what I have done and what I have seen others do. I've know people who are in it for the long haul and things wax and wane. I have the belief that meditation is good, and more is better, but like everything there's no one answer.

Finally, so sell mindfulness in connection with happiness. I the lesson of insight is that basing happiness on conditionality makes you unhappy, and it's quite possible you will experience the first noble truth more acutely, and thus be aware of dukkha. I think people sell Buddhism by suggesting you will be more happy, but the happiness comes from enlightenment. So what do you do if you don't get there? The answer for me is that progressing on the path feels right for me, and that, you know, what spiritual ideals work for you is important, and you should really look into whether things are working for you or not.
Posted by S. Bell at 9:09 AM

Unknown said...
This comment has been removed by a blog administrator.
10:13 AM