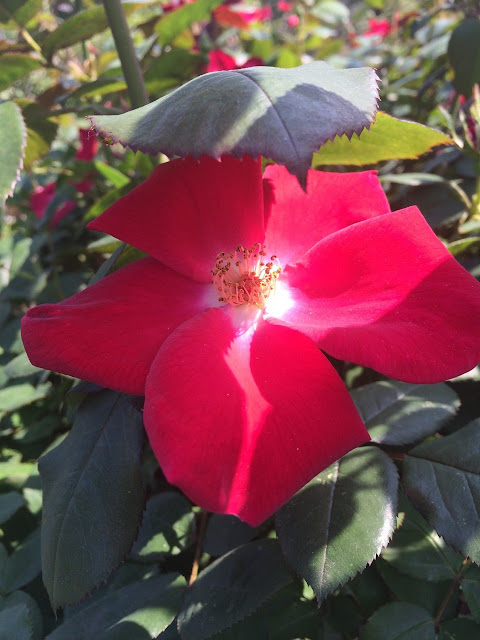 Every once in a while I get the "shut up and meditate" feeling about my blog. My blog is an attempt for me to process thoughts and explore culture, ask questions. In the end of the day, as fun as Buddhist culture is, I could just meditate.
Posted by S. Bell at 10:07 AM No comments:

The Stranger In The Woods

The Stranger In The Woods is a journalistic non-fiction novel of sorts about Christopher Thomas Knight, who lived 27 years in Rome Maine woods. He said hello to a hiker once in the beginning, but basically with minimal contact was alone for 27 years. He had a radio so he knew what was going on in the world when he wanted to. He reports he even got into talk radio for a while. He was arrested in April 2013.

The crime he committed was that he stole from people's houses to live, thousand of breaking into houses and stealing food, sleeping bags, batteries, watches, books and propane. He never built a fire to keep warm in the Maine winters. He did use a propane stove to make tea, and would wake up in the middle of the night and walk around to make sure he didn't freeze to death and let his sleeping bags dry out. They would collect moisture while he slept in them.

He had spiritual insights where he was one with everything, spent a lot of time in reflection, but only meditated when he thought he was going to die in the cold. His spiritual insights were not so great that when he was captured, that he could deal with being imprisoned, and then the ordeal of the programs he had to get through to satisfy the courts. He took apart engines in a shed for his brother to pay for his room and board. He had to check in every day by phone and be seen once a week by his probation officer. He follow the rules strictly because he didn't want to stress his family out any more. His father died, but his mother was till alive and he had some brothers and a sister.

Supposedly the website Hermitary debated whether Knight was a true hermit. They disliked his theft. After he was caught, there were a few people who felt a kind of safety his thefts deprived them of.

At first I thought it was a novel, the way the first chapter was written. I even put the book down for a while. But when I picked it back up, I read the "note on reporting" at the end of the book.

He drank beer and ate lots of sugary foods to fatten himself up for the winter. That was the basis for putting him in a co-occurring disorders program, which he did well in and graduated. Whether he was on the autism spectrum or had schizoid personality disorder could be debated. When asked why he did it, he could not say.

Today in a Maine paper, there's an article about he has to pay back the police for building a road to get to his campground. The book goes into detail about his campground and I'll skip over that. The article in today's paper says that the state is suing him for the money needed to create a road to his camp to haul things away. He doesn't want to have to pay that.

Like the lovely book Hermits, the discussion of solitude follows from people who prefer to be alone. Mr. Knight said he was never bored. He was never lonely. Knight steals to survive, but others have gone into solitary retreat, and arraigned for regular food drop off. There was a time in England when every wealthy land owner paid a hermit to live on their land.

The author asked the question, how long has he been alone. He went on a hiking trip where he was alone for a few days. My answer is that I did a 7 day solitary retreat, where I talked to someone in the middle when I asked for help for a window that almost fell out. I talked to a chap while we got a ladder and pushed the window back in. So I had about 4 days in solitary. How long have  you been alone for?
Posted by S. Bell at 11:06 AM No comments: