This website Christian Headlines, posted an article quoting the appreciation of a block of people who are not religious. Here is the first paragraph:

What I find controversial is that they are hoping this will whip up support for Trump. The idea that this information would activate people to vote against an alternative to Trump is unsettling. I didn't like Bush or Reagan but I couldn't list the reasons and grounds to impeach them that gets added to daily.

Tolerance and acceptance of others spiritual path is vital, important to the country. You're not free to choose something if you have to choose it.

One of the comments to my uncle's post joked about how they are intolerant. The pretzel logic is astonishing. Turning tolerance into "intolerance". The article had its effect.

Another uncle posted this article.

Here is my response: I would sign on if the pro-life platform included gun restrictions and decreasing the size of the military, a president that increases violence with his murderous rhetoric, and one and on. This is a manic reparation for other murderous policies. But I'm glad there's one little spot where life is cherished for a certain mindset.

I would add that that mindset is usually patriarchal and has lead to women needing to assert their independence over their bodies. These knots Americans get themselves. I wish to transcend them and have compassion, joy and love for all of them.

I don't have any hope for discussion on FB. I'll go to learn and lurk. Conservatism isn't one thing. My one friend just doesn't want to pay for abortions out of selfishness, not pro-life ideas. As if there were affordable healthcare available to everyone, and there were not murderous governors who subvert it. As if there were pro-life policies for after the birth of the child. Trump wants to deport children with health issues there for asylum. Why aren't people up in arms about that, why aren't they pro-life there.

So as a Buddhist I have to step back and search for insight. I wish everyone in every group or lack of group, can do this as well.
Posted by S. Bell at 1:04 PM No comments: 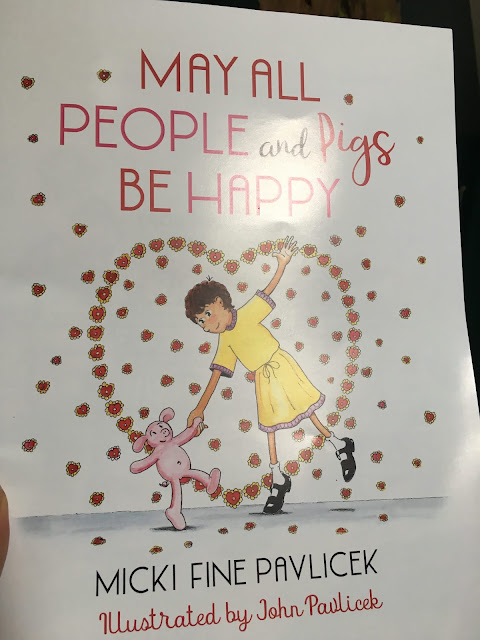 The image of metta bombs coming from a plane isn't new to me. I like the reversal of the planes that rain destruction.

My daughter won't let me read it to her this morning but she's oddly possessive about the book.

Update: My wife read the book to her and she loved it. She insisted on reading it again. They felt their breath with their belly. My wife thinks it's adorable. Wonderful.
Posted by S. Bell at 9:19 AM No comments: 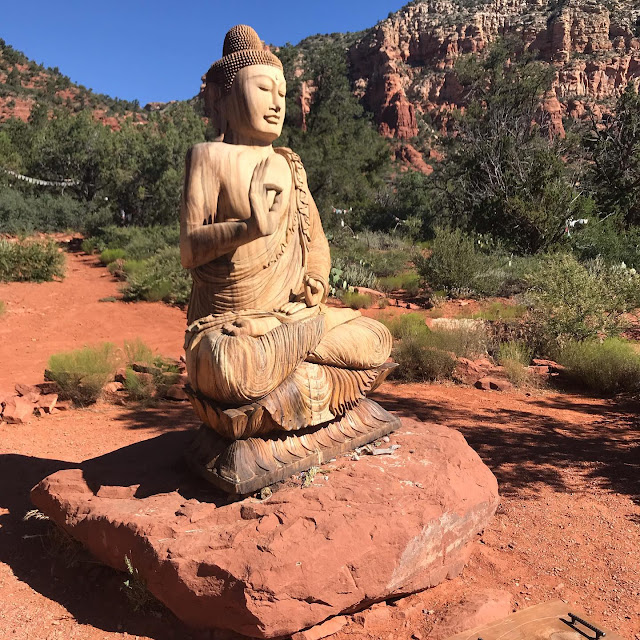 Sonder: "The profound feeling of realizing that everyone, including strangers passed in the street, has a life as complex as one's own, which they are constantly living despite one's personal lack of awareness of it."

We can ignore our connections. The Amazonian rainforest burns but things are comfy in my AC regulated office. My burrito tastes the same. Good things can happen. Then we read a meme on Facebook that disturbs us. We shouldn't eat meat anymore because of the rainforest burning. How does that makes sense? There is plenty more information to distract myself with. Keep it moving.

In the neutral stage of metta meditation, without any reference to yourself, the mind goes flying off. You can only project onto the stranger.

Reactance: "is an unpleasant motivational arousal (reaction) to offers, persons, rules, or regulations that threaten or eliminate specific behavioral freedoms. Reactance occurs when a person feels that someone or something is taking away their choices or limiting the range of alternatives."

Some might feel the pull to self mortification and/or altruism as something someone told them to do. I refuse. I'm going to read Ayn Rand, work hard and retire early.

I miss the old retreat center with buckets everywhere for the leaks when it rained, when I hadn't made my mistakes yet. I can only try to move forward in a positive way, do the next right thing.
Posted by S. Bell at 12:23 PM No comments:

It's amazing that I'm thinking about a presidential speech 40 years later. Jimmy Carter's A Crisis of Conscious speech can bee seen today. He steps back and wonders about recent energy crisis from a larger perspective. The idea that the problems reach deeper.

He goes on a soul searching journey. He listens to the community he brings together.

Someone told him not to lead, but manage the government.

Some just wanted to hear how American is great, not criticism.

"Many Americans, Carter said, viewed the federal government as a stagnant bloated bureaucracy that was failing to serve the people. The political world, Carter added, was corrupt, inefficient and evasive." (Politico)

You mean the current crop of so called swamp drainers who actually became swamp beasts, didn't make up that thought?!

Sarcasm. I'm trying to get away from it. My daughter doesn't understand it and it's not the most effective form of communications. It's how you communicate when you don't think communication matters, the person won't get your negativity. Not unlike the rodeo clown performance art of the current Republicans who basically just slide everything into talking points, and parodies of the caring they are trying to undermine. What kind of weirdo believes it's patriotic to undermine the government by being incompetent?

Carter appeals to his audience: "The confidence that we have always had as a people is not simply some romantic dream or a proverb in a dusty book that we read just on the Fourth of July." First off, people read books? Wow. Downplaying book knowledge is one of the traits of American politics. When a kid spills some milk, you don't tell them what a great person they are. You ask them to clean it up.

"...too many of us now tend to worship self-indulgence and consumption."

Has there ever been a president who questions America's consumerism?

Not sure if his energy policy ended up true, but at least he had one. I remember people thinking solar power was hooey. Not so much today.

I'll end with this quote:

"We are at a turning point in our history. There are two paths to choose. One is a path I've warned about tonight, the path that leads to fragmentation and self-interest. Down that road lies a mistaken idea of freedom, the right to grasp for ourselves some advantage over others. That path would be one of constant conflict between narrow interests ending in chaos and immobility. It is a certain route to failure." 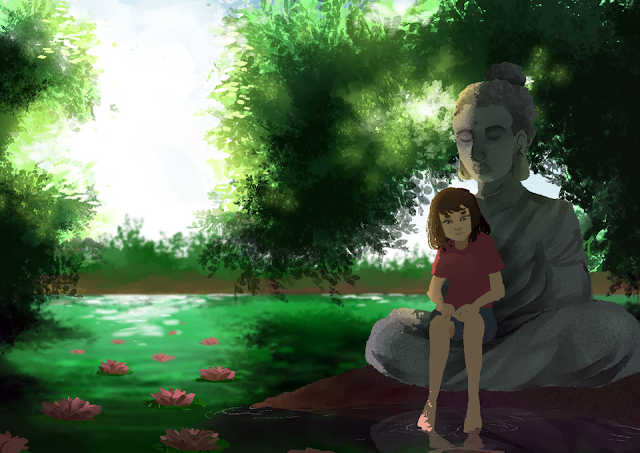 Here it is the complete speech:

Email ThisBlogThis!Share to TwitterShare to FacebookShare to Pinterest
Labels: 1979, A Crisis of Confidence, Jimmy Carter, July 15

Been studying paganism a little, I like the idea of worshiping nature. Also inspired by Philip Glass who described himself as a "Jewish-Taoist-Hindu-Toltec-Buddhist". Anyway, the above is the translation of METTA from a Runic translator. 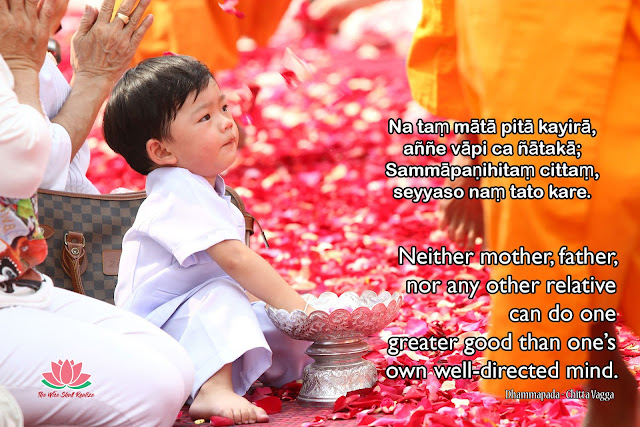 I read somewhere that William James wasn't successful and he decided to take total responsibility for his life, and that's when he went onto the vector that got him to be more fulfilled, that's why the above photo resonated with me. 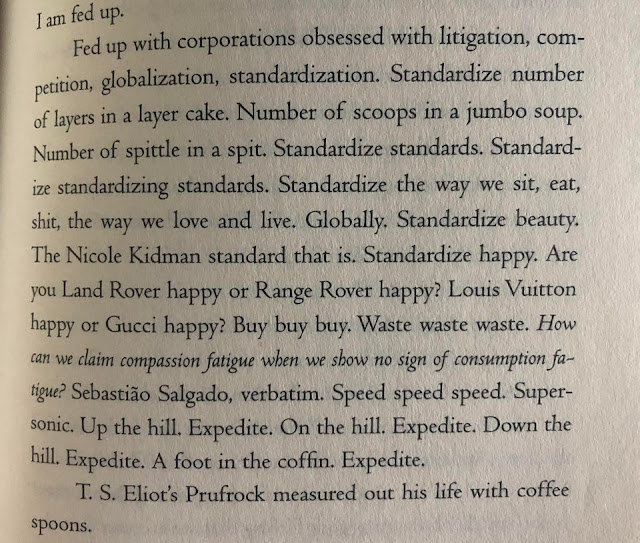 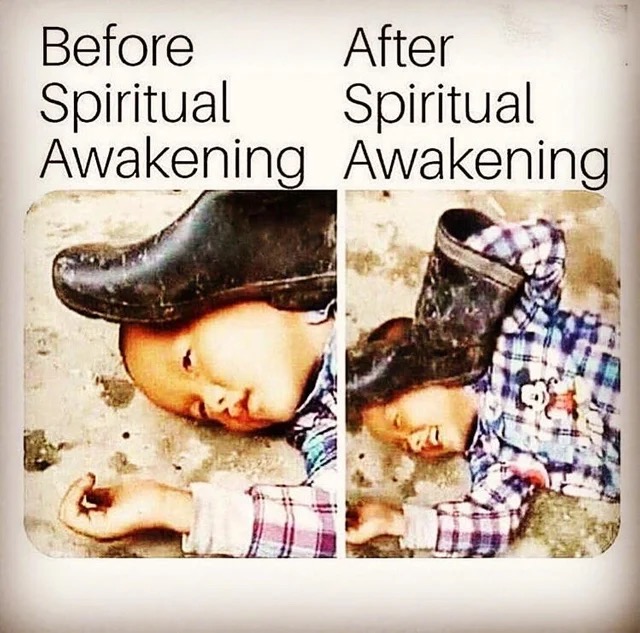 Email ThisBlogThis!Share to TwitterShare to FacebookShare to Pinterest
Labels: ᛗᛖᛏᛏᚨ

I try to read at the park sometimes, but I need to keep an eye on my daughter and sometimes it's just too many interruptions. I've been not taking a book to the park and not looking at my phone, and I guess I get to reflecting. Had 2 thoughts today. 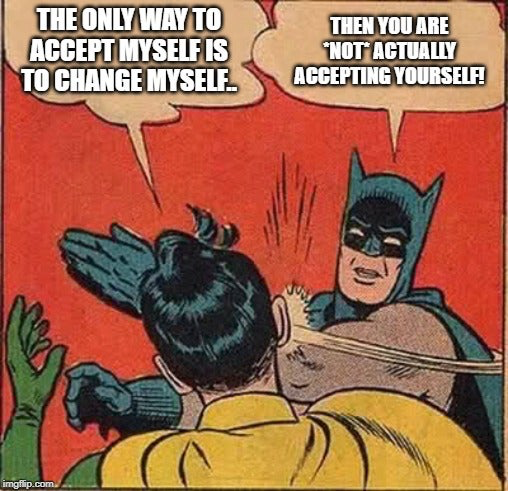 1. I remember a while back when Brit Hume said that Buddhism doesn't have redemption. There is a Buddhist text on redemption but it certainly doesn't buy into the hooey that Hume was thinking about, like you get to go to heaven if you're done a little good and repent or whatever. When it all went down I saw a celebrity Buddhist say he thought Buddhism had redemption.

I would say that Buddhism is more focused on preventing negative actions that would need redemption. Angulimala has some making up for murder to be done. Humans can really turn it around and that is an amazing thing.

Redemption is a good idea. It bubbles up from true remorse and the desire to try and right wrongs. Why not try to focus on trying to make up for mistakes.

Plus it helps you realize that there are a lot of things that can't be undone. Not to put more pressure on people, but as an extra incentive to be careful and thoughtful.


2. The neutral stage of metta is the hardest and most useful. If we don't love or hate someone, it's easy to drift away. This stage challenges us most to push for metta to someone who isn't in our grid of like or hate.

Metta isn't about thinking, it's about spreading a feeling further if possible. Provoking a positive mental state into new areas. Thought and feelings go together, so you can't separate them.
Posted by S. Bell at 7:47 PM No comments: 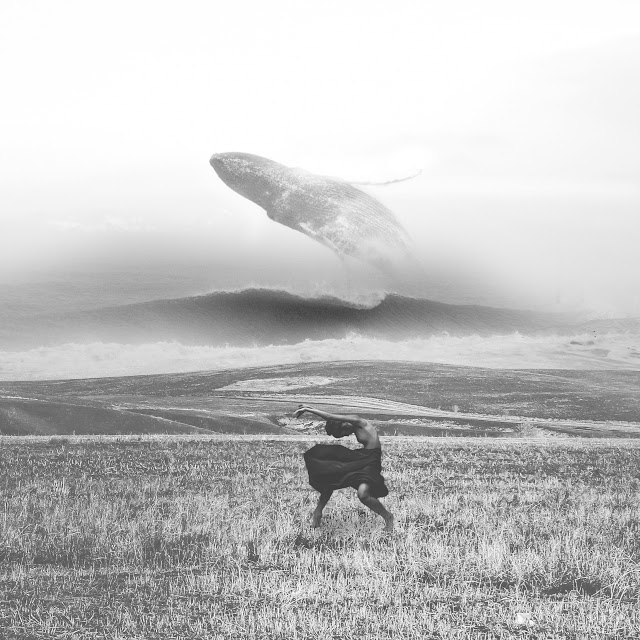 "I see the aim of Buddhist practice to be not the attainment of a final nirvana but rather the moment-to-moment flourishing of human life within the ethical framework of the Eightfold Path here on earth." from Tricycle.

That is in part based on his rejection of rebirth, of which he states: "Given what is known about the biological evolution of human beings, the emergence of self-awareness and language, the sublime complexity of the brain, and the embeddedness of such creatures in the fragile biosphere that envelops this planet, I cannot understand how after physical death there can be continuity of any personal consciousness or self, propelled by the unrelenting force of acts (karma) committed in this or previous lives."

Edward Conze drew the conclusion that “Buddhism hasn’t had an original idea in a thousand years.”

"Western enthusiasm for things Buddhist may still be a Romantic projection of our yearnings for truth and holiness onto those distant places and peoples about which we know the least."

"It [secular Buddhism] is neither a reformed Theravada Buddhism (like the Vipassana movement), a reformed Tibetan tradition (like Shambhala Buddhism), a reformed Nichiren school (like the Soka Gakkai), a reformed Zen lineage (like the Order of Interbeing) nor a reformed hybrid of some or all of the above (like the Triratna Order, formerly the Friends of the Western Buddhist Order)"

"It is in this sense that my secular Buddhism still has a religious quality to it, because it is the conscious expression of my “ultimate concern”—as the theologian Paul Tillich once defined “faith.”"

There's much more in the article, but I've quoted enough. Quite appealing to me.
Posted by S. Bell at 2:42 PM No comments: