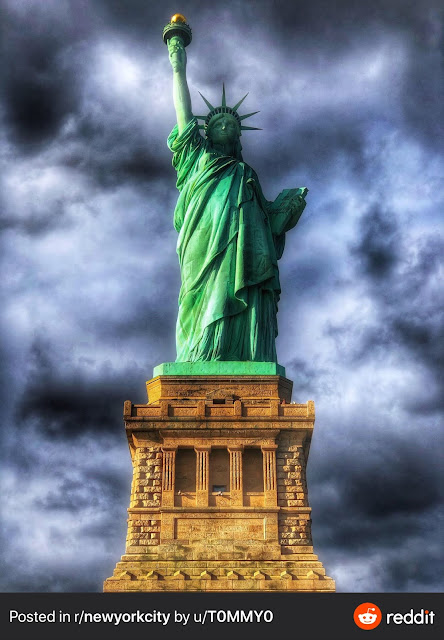 I love science fiction and Jemisin is on the top of my list of to reads. I love Octavia Butler. I like Nnedi Okorafor. I want to read Samuel R. Delany

“I was at some stupid-assed retreat, and I kept ducking out to take calls from my agent,” she told me. Pillai won the auction, with a six-figure bid that included a commitment for two more books. “I started screaming,” Jemisin told me. “People at the retreat were, like, ‘Should we call somebody?’ ”

Also from the article: "In 2013, she gave an impassioned speech about race in the genre, noting that a white supremacist had just run for president of the Science Fiction & Fantasy Writers of America. Though he lost, he had secured ten per cent of the vote, prompting her to criticize the “great unmeasured mass of enablers” who had been silent. The former candidate, in turn, called her an “ignorant half-savage” in a racist screed. Jemisin told me, “That touched off a whole big foofaraw.” Threats of violence poured in. She scrubbed her online presence and began to vary her commute."

Also, "Accepting her third Hugo, Jemisin stood at the lectern, with the rocket-shaped award beside her, and declared, “This is the year in which I get to smile at all of those naysayers, every single mediocre, insecure wannabe who fixes their mouth to suggest that I do not belong on this stage, that people like me could not possibly have earned such an honor, and that when they win it’s ‘meritocracy,’ but when we win it’s ‘identity politics.’ ” Holding up the award, she added, “I get to smile at those people, and lift a massive, shining rocket-shaped finger in their direction.”"
Posted by S. Bell at 7:05 AM