Mastering the Core Teachings of the Buddha 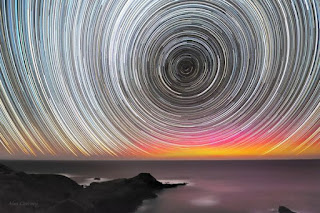 I'm on page 275 of MCTB, and have some impressions. First off, it reminds me of David Smith's A Record of Awakening, thought it is many times longer and more detailed. It's kind of tripy like Castaneda's work, there is poetic language put onto complex and deep psychological states, that are often not expressed. The vagueness and the fact that I'm not aware of having them makes it difficult reading, at times, but you have to say something, right?

When I met David Smith, someone said, "Go on; show me a jhana!" Kind of weird thing to say. Is he supposed to meditate and then tell them when he's attained a certain state? Ingram points out that it might be upsetting to talk about attainment because you make others jealous. Now how many times have you seen someone accuse others of being jealous, when they just didn't like a person? It's a confusing and indeterminate situation. There is no comeback to skepticism except, "maybe I have done something." There's always the question of whether you would recognize a Buddha if you met them. Even an arahant. (It's kind of like that song, "what if god were one of us?")


I know someone who was on a retreat, and the retreat leader said he was Maitreya. He had a hard time suppressing his skepticism, but he tried believing it to see if it helped. Seems like something to try. (Even though America is not very Buddhisty, I once saw a sign overhanging a highway, "Maitreya is coming," which somehow warmed and confused my heart.)

A person I know, allegedly reported he became a stream entrant, and was met with much skepticism. I think skepticism is appropriate, and Ingram himself goes on and on about being tricked into thinking you have attained something, when you've just had a deep experience. For him it's more a mistake about where you are on the map.

Only someone at or ahead in his level can really judge. I can't. What Ingram is against is the tradition that shouts someone down if they say "hey, I think I've done something here." Maybe the answer shouldn't always be "NO YOU HAVE NOT!" Instead, I'm curious, lets investigate. Now, I don't have huge attainments, so I don't even think I can judge. For me, the question becomes, does this text have anything in it that is helpful to me. And to that I say yes, leaving aside the question of trying to verify his claim.

The tradition hides and guards progress knowledge. Even though the knowledge may be dangerous and tricky, in a kind of way, I think his transparency is refreshing. I appreciate him sharing his experiences. I feel like I learned a lot reading his book, learned stuff I haven't learned elsewhere. And even though he needs an editor to clean up a few sentences, I think he mostly writes with startling clarity. Sometimes I wonder if this is the kind of stuff you only communicate face to face.

He discusses the map. He's a bit like Dora The Explorer, except he doesn't 3 options, he presents stages in the path. The book is rich, well researched, and rich in references and bibliography. The map is how to move towards enlightenment through meditation. It's mostly in the Vipassana tradition, but he has read widely and presents other maps and discusses other traditions in terms of his, which points to a kind of depth. He makes sense of other traditions without it feeling too reductive.

There is a rich tradition in Buddhism of not bragging about attainments or rich experiences. I was at a sangha meeting once when someone was talking about floating, and the teacher, now deceased, said that he shouldn't get too attached to the pleasant experiences. At the time, I thought that was harsh. Why not enjoy them? I think the answer is that you need to practice even if you have terrible experiences, on the cushion, and if you have pleasant experiences. Ingram points out that you might get overly attached to pleasant states, and not move on form them. Confronting the three characteristics is not a pleasant experience, and if there's one theme throughout this complex book, it's that the three characteristics of existence are at the core of the Buddha's insight. And they aren't a party, though if you can really experience them, they are liberating.

A point is that you might have a false summit, where you think you're at the top, when there's more to go. How can you be sure you're at the top? Perhaps there is fog up ahead, and you can't see another peak. Ingram goes on and on about possible traps into thinking you've become enlightened, that you are mistaken. Ingram presumably has reasons why this doesn't apply to himself. He does say something funny, something like, people are in favor of enlightenment in general, but just not you. I know someone who met him at a conference, and just turns up their head at him, kept walking.

I'm not dismissive even though I don't know what his level of attainment is. He's past me. And what ever his level of attainment is, he does have a rich knowledge of the Dharma, and shares his experiences and thoughts, which are interesting and helpful. He talks about being overly goal oriented, dead ends he's gone down and other mistakes and traps. Because he is ahead of me on the path, I can't really judge exactly where, and just appreciate his knowledge and experience.

He answers his question. Why isn't there more transparency about the map to enlightenment? He goes on to talk about how dangerous and confusing it is, and discusses the need to work with a teacher. Good Dharma books tell you to go get a living teacher, and this one does too, many times.

Ingram talks about the mushroom model, where teachers want as many people around, so they allow people of all levels to participate, and don't put any pressure on people to move forward, or to really understand the commitment and knowledge to move forward. It seems like Ingram has put in quite a lot of work, and doesn't want to keep what he's learned a secret. He likes being bold and brash in his pronouncements, enjoys it, enjoys getting up on his pulpit and strongly expressing his opinions. Will that harm someone? I can't see it. Maybe because he has a day job, he doesn't need to make money on this.
This is a long and complex book, so it's hard to take out bits to look at, but I particularly enjoyed the talk about the Dark Night phase. I've never heard about that, and find the idea very interesting. I want to hear more about that, that's one part I will be rereading.
When I first heard about jhanas, it was beyond my experience, so it was hard to understand. But now I appreciate the talk about it, because it's not easy making sense of our experiences in meditation and the more of that that I can get, the better, even though it's hard to read about experiences I haven't experienced. For someone like me, I have to plough through the book, and then come back and reread. Time will tell if I reread this book.

I've read on forums, people who focused on disproving his being an arahant Because he's married, and has hobbies, and works as a medical ER doctor, they think the's too worldly, and therefore can't be an arahant I don't know anybody who's become enlightened in the modern world, but I have a feeling that the person who dismisses Ingram this way, might be looking at things through the monastic/lay split of the Theravadins or other Buddhist groups. I think it's possible to be lay and become enlightened. Probably harder, but also easier in other ways. Still, I don't know. The reason I went ahead and read the book was because a friend said it was good, and because the criticism of him on line just didn't really make sense to me.

This book taught me that I'm much more attracted to the tradition that asks if you would notice if you were in the presence of the Buddha, than I am by the tradition that says "don't talk about attainments." I also think the fact that he gives away the book is important about his motives. I do think you should be humble no matter where you are on the path, though I don't think you need to hide anything. I regret not talking about deep and troubling experiences I've had with others.

You can scoff or be impressed by watching his videos on line. I think now that I've read the book I have a context to watch them other than scoffing at him. I will put aside the question of whether he's really an arahant because I can't evaluate that. But I don't think his book hurt me along the path. I don't know if it would hurt people to dismiss the book, either.  I didn't read the book because of the claim but because a friend said it was good.

Ram Dahadur Bomjon is the latest. Whether or not he's enlightened, his meditating 20 hours a day and then going behind a sheet where he didn't meditate, go to the bathroom or eat, is pretty impressive, even if I don't believe what they said when he went out of sight. And he doesn't claim to be enlightened himself, according to the Wikipedia article. He sees himself as a rinpoche. His followers claimed he was. Where ever he is along the path, he's a pretty impressive practitioner.  We will see if he can develop into a good teacher. He's changed his name to Maha Sambodhi Dharma Sangha.

But I digress.  Just some thoughts about MCTB.

Finally, I want to quote the Heart Sutra:  "Attainment too is emptiness"